Martinborough Wine Walks offer a range of tours to take you off the road and walking the vines.

Learn more about (and book) the Cape Palliser Coastal Explorer Tour below.

Martinborough is a peddlers paradise with cellar doors (there are 20!) and a wide range of food producers within short cycling distance of the town centre, so pack yourself a picnic and stop where you like.

Green Jersey will even collect and deliver your wine to your accommodation as part of their bike hire!

Check out the wide variety of bike styles for hire below - there's one for you!

Take a tour of Brancepeth, one of Wairarapa's grandest and most treasured historic sites. This colonial homestead and gardens near Masterton is still owned by the family who settled on the land in 1856. 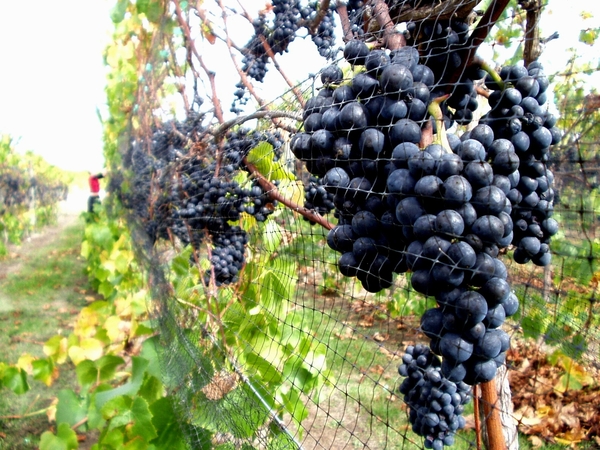 Green Jersey specialise in all things cycling from easy day rides - inlcuding guided wine tours of Martinborough, to multi-day cycling adventures of the Remutaka Cycle Trail, and even a guided walking tour of Cape Palliser.

Their guided tours cater to your every need and they are well-known for their knowledgeable and friendly guides - they will even collect and deliver your wine purchases to your accommodation!

Learn more about (and book) their easy Day Rides, including guided wine tours of Martinborough below.

The best way to get a view of and access the Wairarapa's Tararua and Rimutaka Forest Parks, rivers, gorges, lakes, valleys and remote huts is by air.

This is the story of Albert Summers, a young bootmaker turned WWI soldier. Allow two hours for the full tour.

Albert Summers was born at Rangitumau, north of Masterton, in 1892. He was one of 16 children. By 1914 he was living in Lower Hutt, and working as a trained bootmaker. He enlisted in July 1916 into the 19th Reinforcement.

Albert served overseas along with four of his brothers.

Before you follow Albert's story stop at the Featherston Heritage Museum. Here you'll get a feel for the layout and environment of the Featherston Military Camp and other aspects of training life through the photographs and memorabilia on display.

Featherston Military Camp was a temporary home for over 60,000 soldiers in training between January 1916 and November 1918. The barracks housed 4500, with a 'canvas camp' holding another 3,000.

Infantry would spend about two months in camp, while mounted rifles and artillery did almost all their training at Featherston. The camp opened in January 1916 and over 60,000 men trained here.

Like many soldiers when Albert enlisted he was first taken into the army in Trentham before quickly moving over to Featherston for field training.

Papawai Camp was next to the Papawai Rifle Range, where the trainee soldiers did their musketry (shooting) training. Up to 500 men could stay at the camp in tents.

Albert and his fellow soldiers would march from Featherston to Papawai for a day's shooting - a round trip of 20km.

Soldiers in training needed some downtime. These community halls were once part of the Soldiers’ Club at Featherston Camp. Here Albert and his mates would have gone to relax when they weren't training. The club buildings were dismantled and re-assembled as community halls in Kaiwaiwai and Kahutara in 1921.

The ANZAC club in Bell Street was built by local settlers and opened in October 1916. Trainee soldiers on leave came here for concerts, dances or a drink or two at the club canteen. Albert would have spruced himself up for dances here with local girls.

On some of his days off he would also have taken a train to Masterton to visit his family.

Between September 1915 and April 1918 about 60,000 infantrymen marched over the Rimutaka Range to Trentham Camp in Upper Hutt. The soldiers would set off before dawn, accompanied by the camp's brass band.

By mid-morning the troops reached the summit, where the Wairarapa Patriotic Association provided a meal for up to 2,000 men at a time.

From Trentham, Albert sailed to England in 1916 and joined the 1st Battalion, Wellington Infantry Regiment. He survived the Messines and Passchendaele campaigns, and the Second Battle of the Somme. While in France, he took up bootmaking again to keep his battalion well shod.

This picture shows Albert at the grave of his brother Charlie, who was killed in France in 1918.

After the war Albert returned to Masterton, married, and remained in the Wairarapa until his death in 1966.